EPON Vs GPON Which One To Buy?

If you’re not aware about the differences between EPON Vs GPON it’s easy to become confused while purchasing. Through this article let’s learn what is EPON, what is GPON, and which one to Buy?

Ethernet passive optical network is the full form of the acronym EPON. EPON is a method for linking computers across various telecommunications networks. Different from EPON, GPON operates on ATM cells. EPON and GPON are differentiated in this way. Implementation of Enhanced Packet Over Narrow Bandwidth Networks (EPON) in Fiber to the Premises and Fiber to the Home systems. EPON enables multiple endpoints to communicate over a single optical fiber. EPON transmits data, audio, and video over the Internet via Ethernet packets. No additional conversion or encapsulation is required for EPON connections because it is backwards-compatible with other Ethernet standards. It’s not hard to get to 1 Gbps or 10 Gbps. To put it another way, it’s less expensive than GPON.

Gigabit Ethernet Passive Optical Network is the full name for the acronym GPON.

For voice communications, the Gigabit Ethernet Passive Optical Network makes use of the ATM protocol, while data traffic is carried over Ethernet. Faster downstream and upstream speeds are available with GPON compared to EPON. Broadband passive optical network, or GPON, is an access standard. GPON is used in FTTH networks. As a result of its high bandwidth, flexible service options, and extensive reach, GPON is increasingly becoming the network technology of choice. The technique is regarded as the gold standard for expanding the reach of broadband networks. Similarly, 2.5 Gbps can be achieved both upstream and downstream. It is feasible to achieve 2.5Gbps downstream and 1.25Gbps upstream speeds. 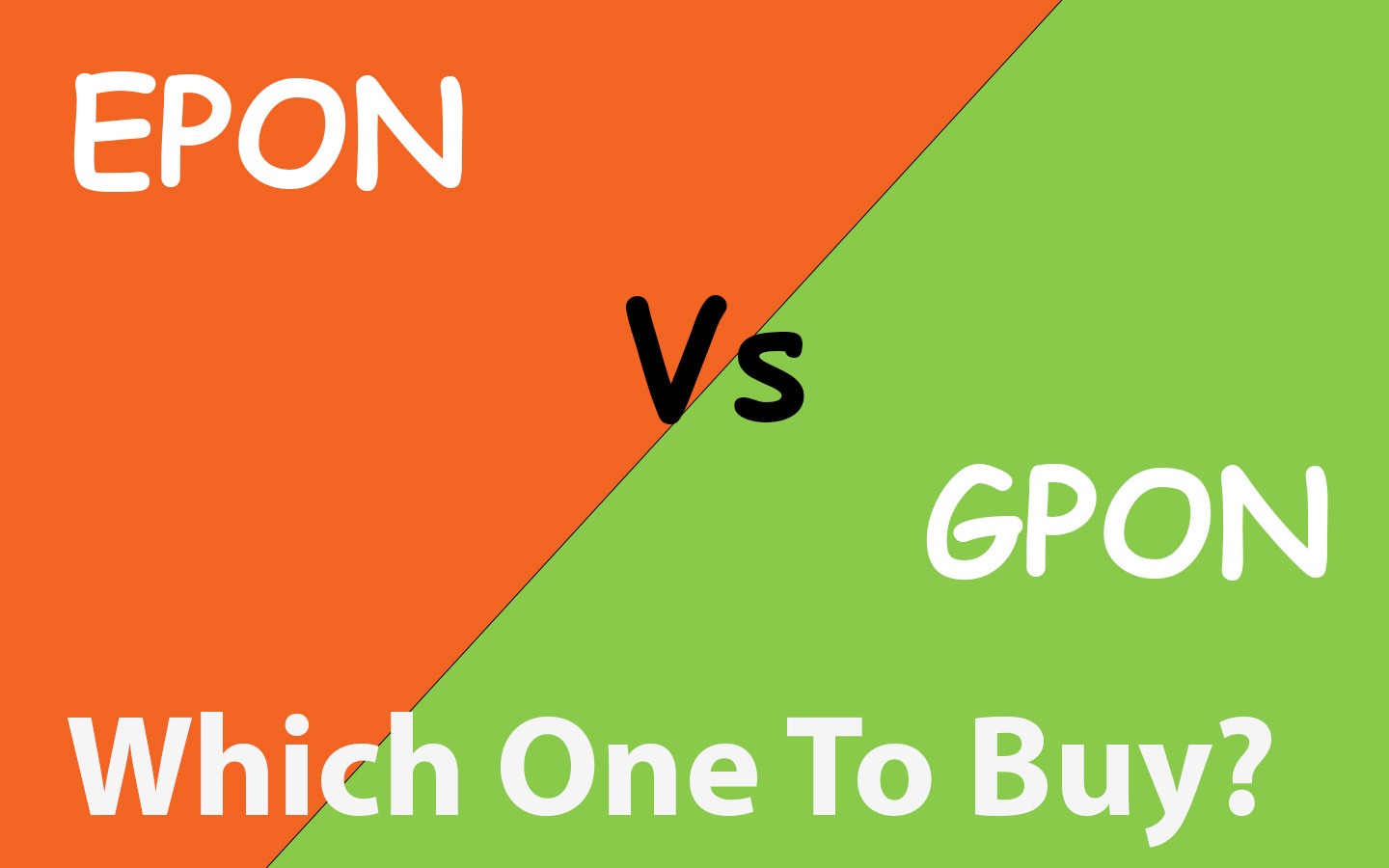 EPON Vs GPON which one to Buy?

1) Different standards have been adopted by GPON and EPON. GPON is a more advanced technology than EPON and has the capacity to support more users and data transport. The ATM frame format, which was derived from the original APONBPON optical fiber communication technology, is used by the transmission code stream in GPON. The EPON code stream is the Ethernet frame format, and the EPON’s E stands for the interconnected Ethernet because it was initially crucial for EPON to be able to directly interface with the Internet. To accommodate the transmission over the optical fiber, a frame format for EPON is naturally contained outside the frame of the Ethernet frame format.
.
The IEEE 802.3ah standard governs EPON. This is the core idea behind the IEEE’s EPON standard: to standardize EPON as much as is practical inside the 802.3 architecture without extending the MAC protocol of regular Ethernet as little as possible.
.
GPON is described in the ITU-TG.984 series of standards. In order to maintain 8K timing continuity, the GPON standard’s evolution accounts for backwards compatibility with existing TDM services and maintains the 125ms fixed frame structure. For the purpose of supporting numerous protocols, including ATM, GPON provides a novel package format. GEM:GPONEncapsulaTIonMethod. ATM data can be combined with data from other protocols thanks to framing.
.
4) In real-world scenarios, GPON gives more useful bandwidth than EPON. Its service bearer is more effective, and its splitting powers are stronger. More sophisticated activities are made feasible by its ability to transfer more bandwidth services, increase user access, and take into account multi-service and QoS guarantees. This is because GPON costs more than EPON, while the difference between the two is narrowing as a result of the widespread use of GPON technology.
.
Overall, GPON outperforms EPON in terms of performance metrics, but EPON is more efficient and affordable. It’s possible that in the future of the broadband access market, cohabitation and complementarity may be more important than deciding who will replace who. GPON is better suited for customers who have demanding bandwidth, multi-service, and security needs and who use ATM technology for their backbone network. In the market segment comprised of customers who are primarily concerned with price and have comparatively few security concerns, for them EPON has emerged as the clear frontrunner. So while purchasing based on needs of the customer can decide which one to buy.